Menu
Our Blog
How Can We Help?

For emergency after hours assistance, please call our number directly. 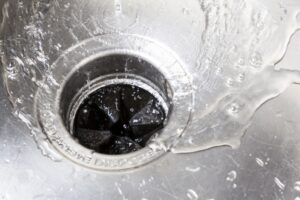 October marks the start of the “Big Three Holiday” months: three months in a row with significant holidays that combine food and feasting and merriment. It’s a terrific time of the year, although people do get exhausted from all of it.

If you want to make the season less tiring and more fun, then take some steps to keep your garbage disposal in good shape. Trust us, garbage disposals are at a high risk of breaking down during the season of big meals and plenty of cooking.

What can you do to keep your garbage disposal in top shape through the holiday barrage? We have some advice.

Keep fats, oils, and grease out of the disposal

This is our #1 advice for the season when it comes to garbage disposals, because few things can ruin them (and drains) like having fats, oils, and grease poured down them. Collectively known as “FOG,” these three cooking byproducts look harmless when in hot, liquid form. When they cool down, however, they turn into waxy solids that can quickly gunk up a disposal and clog a drain. The best way to deal with FOG while you are cooking and cleaning is to pour it away into a separate receptacle (a used coffee tin works well) and then put it in the trash. You can also use paper towels to absorb FOG from surfaces rather than scrape it down the disposal.

Don’t use the disposal as a trash can

When you’ve got actual garbage you need to get rid of in the kitchen, like plastic wrapping or twist ties, you might feel a reflexive urge to toss it into the disposal. Hey, it’s got the word garbage in its name, so why not? But the name is deceiving because kitchen sink disposals (a better name) cannot handle non-organic material. That goes into the trash. If put in the disposal, it can damage it.

Know what food waste the disposal can handle

This is a bit tricky. A disposal cannot grind down all food waste, so make sure you know what to keep out of it. For starters, any food waste that you couldn’t chew with your teeth is something the disposal can’t grind down. This includes meat bones, fruit pits, coffee grinds, and unpopped popcorn kernels. Second, keep stringy and fibrous foods out of the disposal, such as asparagus, celery, onion skins, and especially banana peels. Third, try to keep pasta and rice out of the disposal. These food items absorb water and swell, which can obstruct and damage the disposal.

Don’t cram too much down the disposal at once

Your disposal doesn’t have unlimited space in its hopper, so don’t try to push down massive amounts of food at the same time. Nothing will clog a disposal faster than trying to dump enormous amounts of leftovers into it. It can also cause the disposal’s motor to break. Dispose of the food in smaller portions and let the disposal clear out before you put in more.

If you need help with your garbage disposal in Evanston, IL this season, rely on us.