How to Properly Care for Your Commercial Garbage Disposal 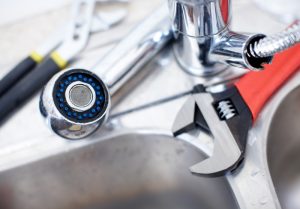 If we called your residential plumbing system complex, what do you think we’d call your commercial plumbing system? Especially if you run a kitchen? There are a number of components that must run efficiently, but also effectively, safely, and cleanly.

Something like a Glenview commercial garbage disposal system causing a backup in your commercial kitchen sink can be detrimental to business interruptions. So, are you caring for yours properly? Read on to find out!

Non-Food and Hard Food Items Belong in the Garbage Can

As commercial plumbers, we’ve come to learn that not everyone realized that garbage disposals are never to be used for, well, garbage. Part of the reason that even in a commercial kitchen people make this mistake, is because not many people understand how a garbage disposal system works.

The natural assumption is that a garbage disposal functions sort of like a blender—there are sharp blades that rotate around to chop up food and other items before sending it down the kitchen sink drain. This isn’t the case, though.

Rather, garbage disposals use a motor that powers impeller blades—but these blades are not really sharp. There is a grind ring that spins these blades, and it’s centrifugal force that actually breaks up food.

This is why plastic, paper, and other types of wrappers and garbage items won’t work in a garbage disposal system—even a commercial one. Some may slip through and make it into the drain, but this it poses a risk to the municipal sewer lines, and in turn poses a risk to your business.

Hard food items are bad for any garbage disposal system, as well. This includes items like meat bones or fruit pits. Since your commercial kitchen’s garbage disposal system grinds down foods before sending them down the drain, it won’t be very effective on these types of materials. Think about it like this—if you wouldn’t be able to chew it with your teeth, it doesn’t belong in a garbage disposal.

Also, anything that feels like paper will act like paper in a garbage disposal—this includes things like onion skins and corn husks, which should be thrown away in the trash.

Consider the Drains, Too

There are some items that will go through your commercial garbage disposal just fine, but not the kitchen sink drain. FOG for instance, which you’re probably familiar with, needs to be caught with a commercial grease trap. FOG stands for fats, oils, and grease, and will create a sticky residue that lines the pipes and leads to a higher likelihood of clogs.

Other items that can be hard on your commercial sink drain include pasta, rice, and coffee grounds, all of which expand with water and can slowly but surely clog things up.